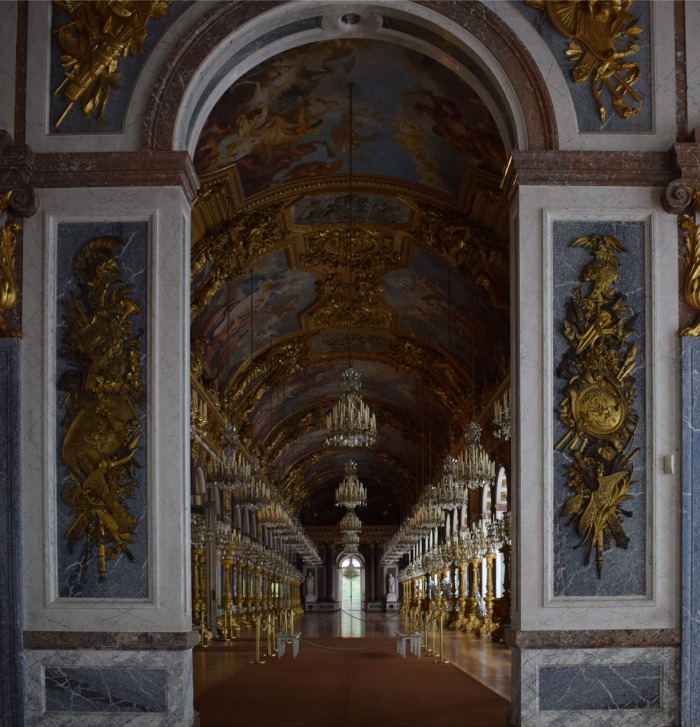 When Donald J. Trump was elected President in 2016 people began to wonder what aspects of the signature Trump brand he would bring to the White House, not least his famously flash displays of wealth. Trump himself has said that ‘Louis XIV’ is his favourite style, and many have compared his Manhattan apartment to the Sun King’s Palace of Versailles. Louis XIV wouldn’t be surprised that his favourite palace became a lasting symbol of success to someone like Trump. It was designed that way. It was during Louis XIV’s reign that France became the centre of luxury and fashion in Europe. Versailles was the ultimate luxury showcase that has come to symbolise power through gilded magnificence.

This book tells the story of how the extravagant palace style began as a symbol of the state in the seventeenth century; how it was adopted by the nouveau riche to show off their financial success in the nineteenth century; and, remarkably, how that palace look has returned to play a role in statecraft in the hands of Donald Trump. British dukes, German princes, American Robber-Barons, and twenty-first century property developers everywhere have been drawn to the glitter and gold of Louis XIV’s Versailles. That famous palace spawned countless imitators across the world. Blenheim Palace, one of Britain’s most beloved stately homes, is the English answer to Versailles built in the early eighteenth century for a man obsessed with his French enemy. Wagner’s eccentric patron, Ludwig II, built a full-scale replica of Versailles in the Bavarian lakes at the end of the nineteenth century. Those places are marvels to behold. But when the Sun King’s palace is copied badly, without an eye for proportion or exquisite artisanship, the result can be tacky and tasteless. Who got it right and who got it wrong? With stories of outrageously ambitious men and women and the bizarre or dazzling buildings they raised, this book shows how the Sun King’s palace at Versailles became a symbol of wealth and power for the forty-fifth US President and others before him. It is a tale of the beautiful and the tawdry, the glamorous and the gaudy. What brings those palaces of old and new worlds together are fabulous stories of gilded ambition.

“If I could go anywhere: Boughton House, ‘the English Versailles’ and its shimmering treasures,” The Conversation (14 August, 2021): https://theconversation.com/if-i-could-go-anywhere-boughton-house-the-english-versailles-and-its-shimmering-treasures-157598

“American Versailles: from the Gilded Age to Generation Wealth,” in Mark Ledbury and Robert Wellington (eds), The Versailles Effect: objects, lives, and afterlives of the domain (Bloomsbury Academic, 2020).

“A Reflection of the Sun: The First Duke of Marlborough in the image of Louis XIV,” The Court Historian (December, 2016). wellington-a-reflection-of-the-sun-the-duke-of-marlborough-in-the-image-of-louis-xiv

“Tanned by the Sun King: Donald Trump and Louis XIV,” The Metropolitan Museum of Art, April 2018.